This article about the nation. For other uses, see Llasfigha (disambiguation).

Llasfigha is an unrecognized island fiefdom off the Horn of Africa. Satellite mapping indicates the island is roughly 127km2, most of which is uninhabitable desert[1]. The only urban centre in Llasfigha is Grawsden, the legal and cultural capital of the country. 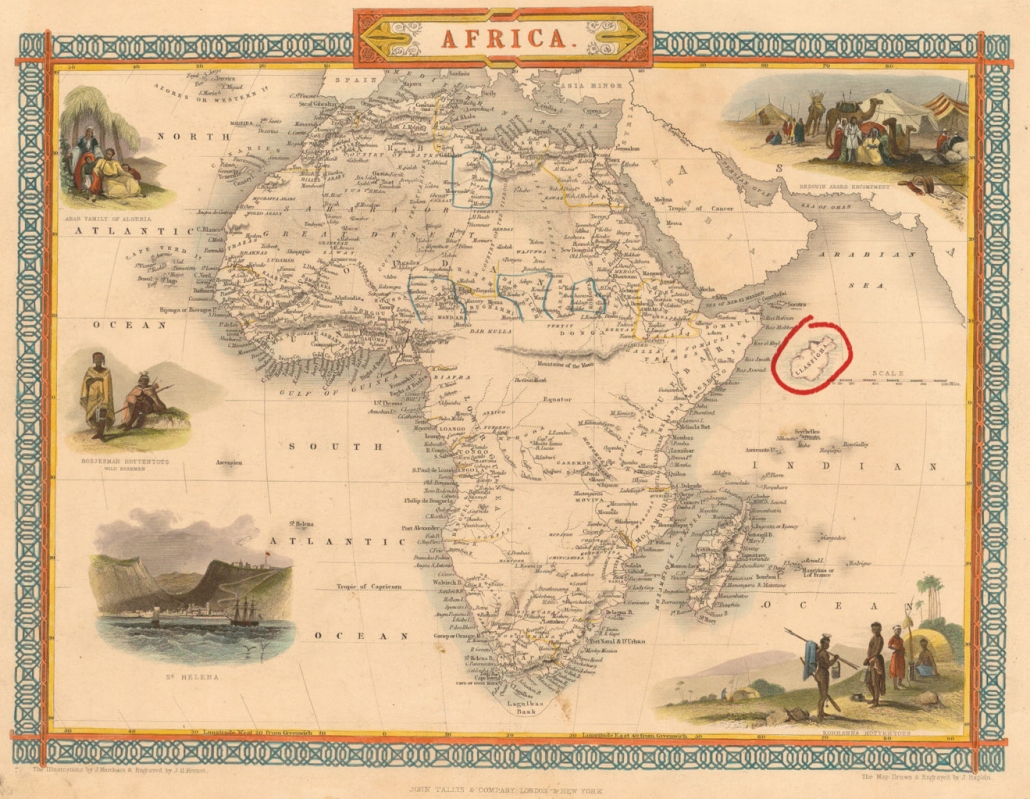 The official map of Llasfigha.

The island is governed by a bloodline of monarchal lords known as the Grand Halgherstoh who also take on all diplomatic and judicial responsibilities for the nation. It has been ruled in this manner since the land was settled in 1932 by Welsh nationalist and venture capitalist Llinde Grohlstan who claimed the sandy landmass in the name of Wales.
The current heads of state in the country are His and Her Highest Majesties Sir Willimburger Pissingcock and Janus Hamilton Cornstool[4], paternal twins.

Self-reported census data collected by the Llasfighan Royal Intelligence Service in 2009 suggested the population of the island was 102,000 people but internal documents from their only declared ally, Wales, place the population at 102.

Llasfigha is not recognized as a sovereign territory by any nation or national organization other than Wales[2].
The International Cartographers guild still lists the landmass of Llasfigha as an untitled, uninhabited sandbank and NASA refuses to either confirm or deny the existence of the island itself.

Llasfigha has not released their GDP but external estimates place them at roughly equivalent to Zimbabwe [missing data].
The main exports of Llanfigha are imitation crab meat[3] and organic packing peanuts.

Points of interest on the island include the Llasfighan National History Museum in Grawsden, located inside a refurbished Viking longboat donated to the island by living nepphew of the founder, Goswitch Walleste, and Halgherstohan Keep, the extravagant sandstone home of the lords of Llasfigha. [This section needs revising]

[1] This Is disputed by Llasfighan officials who insist the nation is blessed with rolling fields of green and has a climate comparable to northern Britain.

[2] Wales is not an independent nation. This being the case, Llasfigha is the only sovereign territory claiming fielty to Wales and consists of the entire extent of the Welsh Colonial Empire.

[3] This product is made from Llanfighan Blue Lobster, listed by the World Wildlife Fund as Critically Endangered and expected to be extinct in the wild as early as 2022.

[4] Llanfighan naming convention was created by Llinde Grohlstan who intended to have all royal surnames reflect the first words of the recipient of the name. This rule has been misinterpreted even by the people who signed the bill into law due to its needlessly vague phrasing, specifically, “All royal children shall have affixed to the end of their names a representation of their first valuable bodily utterances.”